Our native trees, our heritage Members of the Baguio City Council are stepping up deliberations to protect some of the city’s century-old trees and other tree species that are deemed important due to their ecological, historical or cultural value as “heritage” trees. They include rare trees or those adjacent to water source, spring or well, and whose cutting or destruction […]

The Lopez Group of Companies has kicked off its series of events in celebration of Philippine Environment Month this whole month of June, with the theme “Pathways to Uniting Ecosystems and Society” that highlights the efforts of the organizations under its arm to address current environmental challenges and how they all strive to achieve a […] Europe-based Botanic Gardens Conservation International (BGCI) has extended its partnership grant with Lopez-led geothermal leader Energy Development Corporation (EDC) for two more years to assess and conserve additional 200 Philippine endemic tree species and 470 near-endemic species. Near endemic species are those that can be found not only in the Philippines but also in two […] Lopez-led geothermal leader Energy Development Corporation (EDC) continues to save more endangered native trees as it officially collaborates with non-government organization Philippine Parks and Biodiversity (PH Parks), its newest partner under the BINHI program.  PH Parks is a non-profit and non-government organization that focuses on conserving and protecting Philippine biodiversity by empowering rangers and local […] Lopez-led geothermal leader Energy Development Corporation (EDC) and the country’s premier state-university, University of the Philippines (UP), have formally continued its partnership as they inked the memorandum of agreement (MOA) for the expanded Biodiversity Conservation and Monitoring Program (BCMP) III on 29 January 2021. The continued partnership between EDC and UP, which started more than […]

Conserving and protecting biodiversity has always been one of the top priorities of Lopez-led geothermal leader Energy Development Corporation (EDC) aside from producing clean and renewable energy. To fully achieve its goal to protect the environment, EDC formally forged six new partnership agreements under its BINHI greening legacy program this 2020 to rescue and propagate […] 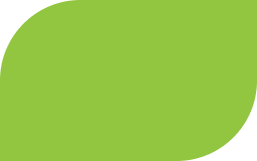 Check us out on our socials: @EDCBINHI